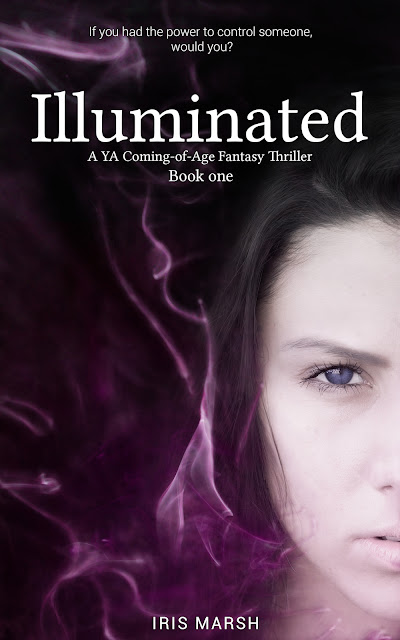 In this coming-of-age YA contemporary fantasy, a teenage girl has her life turned upside down when her family is breaking apart, and she discovers her supernatural powers. There’s no time to deal with it, however, as she’s targeted by a dangerous power-siphoner.

Nikki Chase, a 16-year-old striver, feels like her life is falling apart around her. Her parents’ marriage seems in trouble, her best friend prefers to spend time with the popular girl, and she’s quite certain she’s on the verge of a psychosis. After all, normal people don’t see colors around people or hear voices, right?

When a volunteering assignment leads her to a mental hospital, Nikki is determined to figure out what’s going on with her—and if perhaps she belongs in that facility. What she discovers is nothing she expected: Lorene, a volunteer, tells Nikki she’s not crazy but, in fact, has the power to influence people’s thoughts and beliefs. However, someone has been sucking the power out of people just like her, leaving them behind as an empty shell. Desperate for help and someone to trust, Nikki teams up with Lorene to discover who is behind the siphoning. But can she stop them before she becomes a victim? And can she do so without becoming addicted to the power herself?

Fans of suspenseful contemporary fantasy will love this YA coming-of-age fantasy thriller book about coping with difficult emotions, navigating relationships with family and friends, and the addictive quality of power.

Add to Goodreads!
Grab a copy HERE!
MY THOUGHTS

Nikki has always strived for the best, but she is struggling. Her parents marriage is falling apart, and is finding it hard to cope with the fact that they might separate. Her best friend is drifting away from her, preferring to spend her time with one of the school’s popular girls. And most of all, Nikki is certain she is suffering from some kind of mental illness, because she is seeing things, colours, where they shouldn’t be.

Nikki hopes that the volunteer work the school has set up in a mental hospital might lead her to some answers, but the ones she ends up getting are a lot different than what she expected. Lorene, one of the volunteers at the hospital, explains the truth to Nikki, a truth that has been hidden from her for her entire life – she has powers, the ability to see into others’ minds, and adapt what they do and think. But with the power comes danger. There is a siphoner, taking these kinds of powers from people, and leaving them a human body with little mind left. And the use of her powers will not only reveal Nikki to the siphoner, but will also make her more susceptible to an addiction that comes along with using the power.

With her father preferring to keep her in the dark, rather than teach her how to use her powers properly, Nikki turns to Lorene for guidance. Lorene takes Nikki under her wing, and begins the task of teaching Nikki how to control the power she holds within her. But the longer they spend learning, the more time the siphoner has to find her, and the more danger she is in.

Nikki is a character I initially struggled to connect with. She is very self-centred, she often does not see things that are right in front of her, and she comes to terms with everything almost too easily. There are a lot of things that stare her right in the face throughout the entire book, and she jumps to the wrong conclusions and is too caught up with her own problems to see what is going on around her. She is not particularly fazed by the idea of ‘magic’ being real, but more angry at her father that she was not told before. I won’t lie, I did figure out the main plot twist, which is not revealed until the end of the book, within the first few chapters. This in itself meant that I spent most of the book yelling at Nikki to figure it out as well, so she could progress with her story somewhat safely, although I knew this wasn't particularly likely to happen! On a second read-through, if you only figure out the twist at the end, this book would be very different, as knowing the outcome of the twist changes a lot. By the end, I definitely liked Nikki more, for she went through a lot of character development throughout the book, although it is her flaws that make her come across as real in the telling.

The whole concept of Nikki’s powers is one I haven’t come across before. Nikki has an influence over others’ thoughts, she can see what they are feeling, and can adjust their beliefs to change their entire way of thinking. By having such control, she can also put suggestions of things to do in their heads, effectively controlling them without them ever knowing. The possibilities for villains and heroes with such powers are almost endless, and it made for a very interesting story.

In this book, those with powers are a rare occurrence, a lot having died out, been victims of the siphoner, or gone into hiding to try and stay safe. But although she may feel it, Nikki is never alone in her journey. She does not always appreciate it, but her father is always ready to protect her, and Nikki finds a teacher and a friend in Lorene. She also has Alex, a boy who very much likes her, although she finds it difficult to open up enough to grow close to him. I did particularly like Alex. He is always ready to jump to Nikki's side when she needs him, although he is not always aware of the danger he is putting himself in when he does so.

This book does have a cliffhanger ending, although the book itself does come to somewhat of a close. It is not an ending to be satisfied with, but one that is not annoying as you wait for the next book to come out. Enough was revealed and dealt with that I can wait patiently for book 2, but it was left suspenseful enough that I need book 2 soon to know how the story continues. The perfect example of what a cliffhanger ending should be, in my opinion!

Although I wasn’t immediately hooked on reading this book, it did take a few chapters, this was a book I did really enjoy reading. Nikki’s journey is one that I would happily read again, and would love to continue following in book 2. 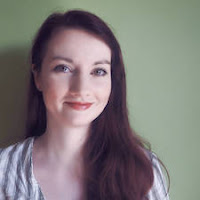 Iris Marsh is a behavioral researcher turned writer. As such, she focuses on her character’s journeys as well as the plot. Her YA fantasy debut novel Illuminated is no exception: it’s both suspenseful and heavy on character development. Currently, she lives in the Netherlands with her partner and cat.

She would be overjoyed if you visited her website IrisMarsh.com and would love it if you followed her journey on Instagram. 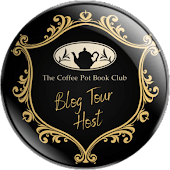 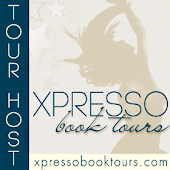